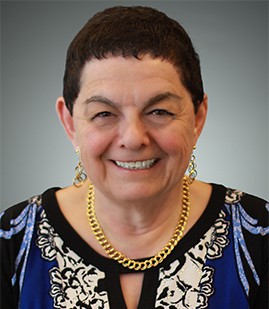 Wind blowing . . . . sun shining . . . . the distinctive heavy purr of a Harley Davidson engine ringing in the air. This is not a painted image of a leisurely Sunday afternoon drive through the Appalachians. It’s a snapshot of Su Ross heading home from an American Bar Association or other conference . . . . through the Appalachians. Harley Davidson enthusiasts come from all walks of life and Su loves the reaction she gets when people discover she’s one of them.

Su lives by the creed embodied in the famous quote from the legendary motorcycle company, “When writing the story of your life, don’t let someone else hold the pen”. She and her husband, with whom she enjoys these road trip adventures, have clocked thousands of miles traversing the country doing just that. Su regularly speaks at legal and trade association conferences throughout the United States, and enjoys adding spice to the journey by flying to the selected location and returning home on the back of their HOG.

Whether discussing the latest developments on the Yates memo regarding culpability of high-level executives or the difficulties facing import-export companies over the implementation of the Automated Commercial Environment by Homeland Security, you’ll find the appropriate leather gear tucked away in her luggage for the ride home!

Su’s practice focuses on compliance whether dealing with Cybersecurity/Privacy or International Trade. She deals with regulatory, civil and criminal issues. Her clients come to her for assistance to solve current challenges, but also to identify and manage risk.

A recent survey of in-house General Counsel surfaced the top 3 issues keeping them up at night . . . cybersecurity, cybersecurity, cybersecurity - to no one’s surprise. With an increasingly threatened business atmosphere, companies must contend with challenges ranging from threats to breaches to communication of attacks to liability exposure, all the while making sure the company keeps operating its primary business functions as profitably as possible. While we finally have federal legislation on this critical topic and it is too early to tell what impact that law will have, the greatest movement continues to come at the state level and in the courts. Understanding the myriad implications to your organization is mind boggling. Having come to cybersecurity issues as early as 2002 when supply chain security programs were being rolled out in earnest, Su has been tracking the developing landscape since its infancy and regularly speaks at conferences and writes articles, making her among the foremost professionals on the topic. We have rapidly seen the barriers to threats dissipate. No one and no company remains safe. The scale, sophistication, and frequency of cyberattacks is outpacing the ability of companies to respond. Data security, notice to consumers, shareholder and class action lawsuits, insurance coverage, disclosure requirements to the SEC for public companies, government agency enforcement, cross-over issues to other regulatory matters, employment law considerations . . . the issues requiring attention are extensive and complicated, and Su works regularly with clients as they respond to the daily threats facing their organizations. The nature of this representation includes adding to the defense team any desired information technology and public relations experts, with the goal of the team to assist in assessing, minimizing and reacting to cybersecurity intrusions, including dealing with how best to interface with government investigators and disgruntled employees.