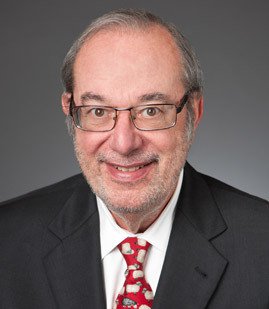 “If you don't know where you’re going, you won’t know when you get there” - one of Yogi Berra’s famous pronouncements and Russell Frackman’s favorite. Russ likes to point out it reflects the unintended path his career has taken. He arrived at MSK in 1970, as its 40th lawyer and fresh out of law school, before “intellectual property” existed as a term of reference, and long before many of the laws he’s navigated in his career. He didn’t know it then, but he had “gotten there”.

Russ quickly became the “music man”. From the 8-track to the cassette to CD’s to the internet, changes in the creation, distribution, and consumption of music mirrored the course of his career. This Brooklyn boy, whose mother wanted him to be an accountant, was an unlikely candidate to tackle what would become the most famous modern day case in copyright law. As he likes to point out, he was still getting “comfortable” with e-mail when he dove headfirst into the technology behind Napster and successfully represented the recording industry as lead counsel in its seminal case. Russ approached the case and guided it to a successful conclusion with the same thoughtfulness and thoroughness he had applied to countless cases over his decades of practice.

Those who know Russ describes him as the ultimate nice guy, a personality trait atypical of a successful trial lawyer and a far cry from the colorful nickname he earned in the Napster case - - “Russell the Muscle”. With all of Russ’s success and high profile representation over the years of clients such as The Rolling Stones, Coldplay, Neil Diamond, Jimmy Page, Jack Nicholson, and Paul Newman, he has maintained the same standards that one of his mentors at MSK impressed upon him early in his career: be tough but be fair.

Russell Frackman has lectured extensively at law schools and for professional organizations throughout the country. Most recently, he was the Director of the Copyright Amicus Brief Clinic at UCLA School of Law, as well as Chair and a member of the Executive Committee of the Intellectual Property Institute at USC School of Law.  He has repeatedly been recognized by Chambers USA, Legal 500, The Hollywood Reporter, Billboard, Variety, and Best Lawyers. He was awarded two Honorary Gold Record Awards by the Recording Industry Association of America (RIAA) for his work on behalf of the record industry.  In 2015, Russell Frackman was the recipient of the GRAMMY Foundation® Entertainment Law Initiative Service (ELI) Award in recognition of his demonstrated commitment to advancing and supporting the music community through service.