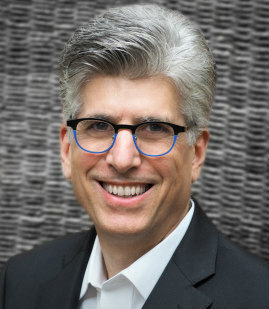 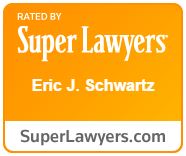 Art reflects and nourishes the soul of civilization and since the beginning of mankind has been expressed through varied channels. Movies developed as one of those outlets and became a documentation of all aspects of society from the beginning of the 20th century. For the first hundred years, films were shot exclusively on what is essentially plastic, a fragile medium. To survive, it must be properly preserved and stored, a lesson learned, unfortunately, after more than half of this history was lost.

Long time movie director, Martin Scorsese, explains that “film is history. With every foot of film that is lost, we lose a link to our culture, to the world around us, to each other, and to ourselves.” Mr. Scorsese serves on the Board of Directors of the National Film Preservation Foundation (NFPF), an organization dedicated to the preservation of this important art form through funding grants to archives and educational institutions. It also happens to be an organization that Eric Schwartz helped found in 1997 and is an active board member of today. After several years of analysis and study about rapidly deteriorating films, Congress acted to help fund the effort of NFPF with monies provided through the Library of Congress, and the ongoing work of the foundation has saved thousands of films in all 50 states.

Film preservation has been a passion of Eric’s for over 30 years, and he had a hand in helping with the formation of the National Film Preservation Board by the Library of Congress in 1988, a board of experts charged with initially studying and helping to address the problem of disappearing films. His work as pro bono counsel in proposing and guiding the 1993 study and the subsequent creation of NFPF has been among his greatest achievements. Tying nicely to his daily practice as a lawyer in the realm of copyright law, film archiving, and back cataloging, Eric enjoys sharing the story of two of the latest preservation successes of the NFPF’s, both unseen by the public until their restoration: a “lost” 1938 movie directed by and starring Orson Welles and Alfred Hitchcock’s first film long thought lost since 1924. Only recently, the last 10 years, has Eric also turned his attention to sound recording preservation efforts (also pro bono).

Eric Schwartz has over 30 years of experience as a copyright attorney counseling clients on U.S. and foreign copyright laws - including rights, exceptions (fair use), ownership, and enforcement issues. His clients include creators, producers and users of traditional and new media in the film, recorded music, music publishing, book publishing, videogame, and business software industries. He has served as production counsel for large and small-budgeted feature and documentary films and musical recordings, and has negotiated complex entertainment transactions involving music (recordings and compositions), film, books, as well as providing chain of title reviews, and drafting talent and detailed rights agreements, and done extensive work in particular on copyright termination and re-negotiation matters. Eric has served as an expert witness on a variety of copyright issues in numerous cases in federal (and state) courts, and as an appellate and trial litigation strategist. As a former senior attorney and Acting General Counsel of the U.S. Copyright Office he also advises clients on Copyright Office registration, recordation and related matters. Eric is an expert on film and recorded music archival legal (i.e., “back catalog”) and preservation issues, and has been an adjunct professor of copyright law, music licensing, and international copyright law at Georgetown University Law Center and American University, Washington College of Law, and is a frequent lecturer.