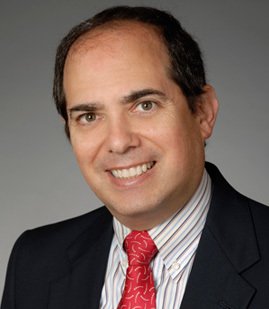 Fifty-five degrees . . . thirty pounds of equipment . . . six players skating in harmony . . . one goal in mind, win! Just another night on the ice with his hockey team, the B-32’s, for Jeff Davine. This tax lawyer by day and hockey player after hours comes across as unassuming, until you get him talking about the game. His animation is infectious as he describes the pace, the intensity, and the physicality. Jeff loves playing hockey because of the camaraderie he feels with his teammates, everyone working together towards a common goal, all while watching each other’s back.

As Jeff describes, he immerses himself so completely when he’s playing hockey that nothing else matters. He brings that same immersion and intensity to his practice of law. And that’s helpful when you’re dealing with the IRS and complexities of tax controversies. Jeff’s “leave it all on the ice” mentality shows when he comes to work each day.

This lifelong Californian has been a diehard Kings fan since 1968, a passion that was finally rewarded in 2012 when they won the Stanley Cup. Hanging on his wall next to his diplomas is a picture of Jeff hugging the famed “Cup”, apropos for someone who loves the game almost as much as his profession.

Jeff specializes in taxation, with an emphasis on tax controversy with the IRS, California Franchise Tax Board, California Employment Development Department, and other state and local taxing authorities. Representation of non-profit entities and charitable gift planning.