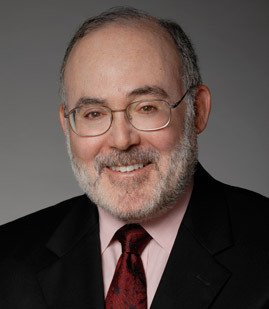 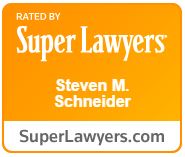 As George Bernard Shaw wrote: “The reasonable man adapts himself to the world; the unreasonable one persists in trying to adapt the world to himself.”  Unlike most lawyers who stick to what they know, Steve Schneider is an advocate for curiosity, often searching for the unknown and adapting himself accordingly. His thirst for exploration is depicted in the photographs lining the walls of his office. A photo of a mama bear drinking water - her cubs nearby, taken 15 feet away during a trip to Katmai National Park in Southeast Alaska. A photo of a leopard atop a tree, taken 20 feet away during a trip to Serengeti, Tanzania. A photo of a sea lion lying cheek to cheek with Steve’s wife, taken during a trip to the Galapagos Islands.

As a lawyer, Steve’s own maxim is “prepare, prepare, prepare!”  This notion was instilled daily by Mr. Jackson Huntley, Steve’s high school debate coach. Mr. Huntley taught Steve how to organize his thoughts into what is known, and what is unknown – find the balance between the two, and utilize that balance to win the argument. Steve continues to “prepare, prepare, prepare!” for every case he has. If a client comes to him, bent over backward with a legal problem, that problem becomes Steve’s problem, and the client often leaves standing five inches taller.

When he is not traveling the depths of the world in search for his next animal encounter or working on behalf of a client, Steve can be found on his yoga mat.

Steven Schneider is a seasoned labor & employment attorney who focuses his practice on employment and wrongful competition law on behalf of Management, and labor law.

Employment and Wrongful Competition Law on Behalf of Management: Planning for reductions in workforce and corporate acquisitions, personnel problems advice, representing employers before numerous government agencies and California and federal trial and appellate courts in every kind of wage and hour, wrongful termination, discrimination, sexual harassment, and retaliation claims in individual and class action lawsuits, and prosecuting wrongful competition lawsuits.