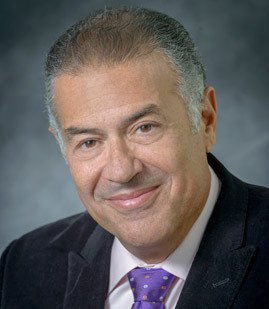 Joel’s first job out of law school had what many would describe as a unique commute. He would leave his home in White Plains for lower Manhattan, and then take a subway to the Upper East Side, arriving at the home of then New York State Attorney General Louis Lefkowitz. Joel and the AG would then begin their walk on foot down to the office in lower Manhattan. The NY State AG was known as “The People’s Lawyer” and he took that reputation to heart by making this daily walk from home to the office, stopping and speaking to people along the way. It was this interaction with the citizens of New York that led to many assignments for young attorneys in the AG’s office, Joel included.

On a crisp Fall morning in the late 1970’s, Joel and the AG ran in to a record company executive who pitched an issue involving increasing the State penalties for music piracy from a misdemeanor to a felony. The AG thought it was a great idea and Joel began a several-month assignment to investigate the matter. During the investigation and public hearings that followed the record company executive and his colleagues at the RIAA (Recording Industry Association of America) became enamored with Joel. The RIAA offered Joel a job as counsel and he gladly accepted given his love of music.

Before Joel could arrive at the offices of the RIAA for his first day on the job, he received a call from his new boss instructing him to report directly to the Federal Bureau of Investigation (FBI). The RIAA had been working with the FBI on an anti-piracy case and they needed an expert to work the case. Joel was put on the FBI team with an undercover identity, Joseph Schwartz as he affectionately remembers, and spent the next 18 months of his life taking down an anti-piracy ring that spanned 24 states.

His days at the RIAA created relationships that shaped his career. Before joining MSK, Joel spent several years operating businesses in the music industry, making him a valuable asset to his clients because of his appreciation for the challenges they face in running their businesses every day.