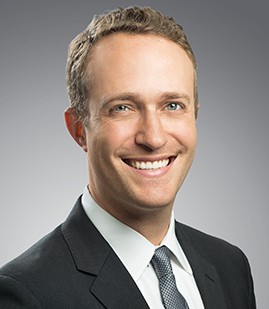 Japan is not the first place you think of when you bring up the sport of surfing. But in the little town of Hyuga, a southern port city in the Kyushu region, that’s exactly what you’ll find. Pristine beaches, popular surfing spots, no frills. It’s also where you would have found Jake Albertson teaching English in 2006.

After graduating with a degree in Sociology from Brown University, Jake took some time before attending law school seeking simplicity in his life. While his surroundings in Hyuga were picture-perfect, Jake’s inability to communicate effectively in Japanese made his day-to-day experience exceedingly complex. Life in Japan forced Jake to change the way he thought about language and communication. He learned how to hone the all-important skill of keeping it simple.

During his year in the Japan Exchange and Teaching (JET) program, Jake taught English to 9th & 10th graders, coached students preparing for English-speaking competitions, and eventually became conversant in Japanese – nothing fancy, just enough to get by. Jake also made a name for himself as the worst karate student his dojo had ever seen, a nightmare at the karaoke bar (tone-deaf and loud), and the only adult in town who biked with a helmet on.

Jake has never forgotten the important lessons that Hyuga taught him about effective communication, and he continues to practice the art of simple today. Fortunately for all of us, his karaoke days are (mostly) behind him.

Jake Albertson has extensive experience in all stages of litigation and arbitration.  He represents companies and individuals in a broad range of industries, including music, television, and hospitality.  Jake’s practice focuses on complex issues relating to intellectual property, commercial contracts, and employment.