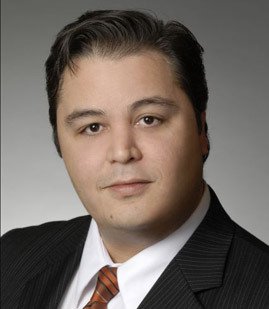 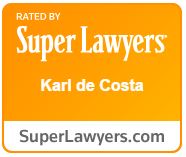 Cracking open Webster’s and looking up the definition of a renaissance man yields a simple description . . . a man who is interested in and knows a lot about many things. But digging deeper, you discover comparisons to people like Leonardo da Vinci and the activity, spirit, and time of the great revival of art, literature, and learning in Europe beginning in the 14th century and extending into the 17th century, marking the transition from the medieval to the modern world.

How befitting to label Karl de Costa a renaissance man, given his undergraduate degree in art history, and his minor in renaissance studies. True to form and living up to the world he discovered at The Colorado College, this unassuming man of Portuguese and Polynesian descent embraced the exploration of humanities and the liberal arts. Finding the French horn in high school, an incredibly difficult instrument to master, he continued his love of music in college with the sounds of opera and early music.

Performing in theater and concert -- his most famous role being in Verdi’s Falstaff -- was a passionate endeavor during his collegiate career. Thinking he would take his artful degree and become a museum curator, Karl abruptly switched gears after a successful LSAT score, prompted by the urging of his mother, a longtime paralegal in Honolulu. After his first year of law school, as a summer intern, he surprisingly discovered a crossover between his passion for all things renaissance and the world of trust & estates law when a dispute over a valuable old world collection landed on his desk. Another of his early cases involved post-death title and entitlement disputes regarding a massive collection of sketches, drawings, and paintings by Alberto Vargas. There was no turning back.

Whether he’s singing with the Los Angeles Master Chorale, raising bantam chickens in his backyard, studying a foreign language, or leading a discussion-group with his book club “salon,” Karl is an embodiment of the both the abbreviated and more colorful definition of the quintessential renaissance man.

J. Juan Reid Award for Excellence in the Liberal Arts