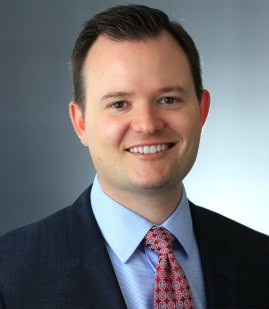 With the crisp sound of blades cutting through the ice, crouched down low, peering through the birdcage of his goaltender’s mask, Stephen Rossi sits in anticipation as two wingers head in his direction.  As they pass the puck back and forth he pivots from edge to edge of the goal waiting for the right moment to execute his signature move.

Known by his teammates for his aggressive defensive moves, Stephen loves coming out of the crease to intercept the puck mid-pass before the offense has set their shot.  It’s gutsy, but effective.  Catching the forwards off guard, Stephen regularly stops his opponents from scoring.

As a lifelong hockey player, Stephen relishes competition.  His natural ability to see the lines and angles develop on the ice has served him well as a litigator in the labor and employment practice.  Knowing where opposing counsel might take their case or anticipating the trajectory of a matter comes as natural to Stephen as his ability to read plays in hockey.

Stephen has enjoyed a successful career on and off the ice as a strategist and play maker.  He finds tremendous satisfaction in vociferously tackling the details of a case as he defends his clients while navigating the nuances and complexities of an ever-increasing labyrinth of labor laws.

Stephen A. Rossi represents employers in all aspects of labor and employment law. He has extensive experience in drafting summary judgment briefs, appellate briefs and settlement agreements. He has worked with expert witnesses to prepare reports and regularly conducts depositions. Stephen also has experience litigating complex intellectual property and commercial disputes in many different industries.

Certificate in Public Policy & Planning, The Wharton School of the University of Pennsylvania