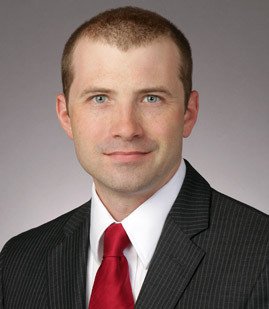 When you walk in to Matt Williams’s office, you’ll be surrounded by large paintings by local Washington, DC artists, contemporary furniture and minimal clutter (usually). Matt’s approach to designing his office space was similar to his approach to legal practice – stay organized to open up space for creativity to shine. Matt also sees this as one of the primary jobs of a lawyer who often represents clients in cases and matters involving intellectual property infringement, protection, and ownership. If the attorney does the job well and prevents legal issues and disputes from generating unnecessary distractions and expenses, the clients have more time and resources to continue to entertain, to educate, to innovate, to succeed in business, and to express themselves. Helping clients achieve those goals is one reason why Matt chose copyright law as his primary practice area.

A significant portion of Mr. Williams’ practice also includes representation of clients in administrative and regulatory proceedings relating to copyright and communications policy and in transactional matters involving online consumer contracts, such as privacy policies and terms of service.  He serves as the Executive Director and Legal Counsel to the Coalition for Online Accountability, a group of companies, trade associations, and copyright member organizations dedicated to enhancing and strengthening online transparency and accountability by working to ensure that domain name and IP address Whois databases remain publicly accessible, accurate, and reliable, as key tools against online infringement of copyright, as well as to combat trademark infringement, cybersquatting, phishing, and other fraudulent or criminal acts online.