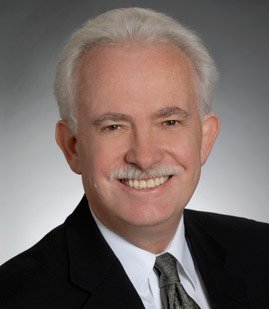 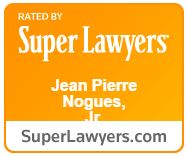 Jean Nogues learned first-hand about hard work and responsibility at an early age. Jean comes from a long line of Basque sheepherders, whose roots in the Pyrenees Mountains of Southern France go back to at least the 17th Century. When they came to the United States, Jean’s family continued sheep ranching operations in Southern California, and some of Jean’s earliest memories include herding bands of sheep from field to field--and even down Main Street--in his home town of La Puente.

Sheep ranching was just the first of many jobs Jean held before deciding to become a lawyer and attending UCLA Law School.  He worked as a gardener; he was a stock boy/checker at a small grocery store; he flipped burgers at McDonald’s; he unloaded trucks and was later a department supervisor at Sears; and he played the piano, accordion, organ, and guitar at local bars, dances, weddings, and bar mitzvahs.  Jean was perhaps fated to end up at MSK, since the first of several bands he played in was inspired by long-time MSK client Herb Alpert & the Tijuana Brass.

Jean’s eclectic work history reflects his broad-ranging interests and desire to experience all life has to offer.  His breadth of interest and experience carries over to his law practice, where Jean daily deals with a wide variety of cases, and applies the skills and knowledge he has gained over 37 years as a trial lawyer to resolve disputes and achieve his clients’ objectives.

During his spare time, you can find Jean fly fishing in the Eastern Sierra, playing golf or singing at his local parish.  He can still occasionally be spotted playing piano at weddings.

University of California Los Angeles School of Law, J.D., 1978; Order of the Coif