In the article, Mr. Hiraide analyzes the regulatory regime and impact of the Jumpstart Our Business Startups (JOBS) Act. 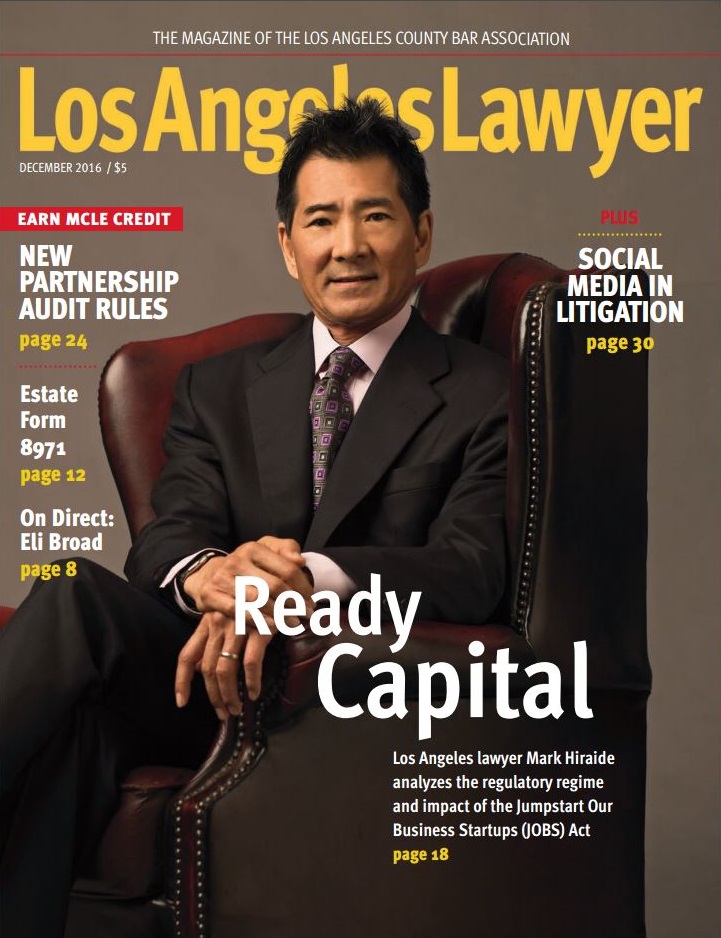 "While the JOBS Act makes it possible for nearly anyone to raise venture capital, it also raises the stakes for business attorneys as gatekeepers...

The final stages of a major shift in federal securities laws took place in May 2016 when entrepreneurs and companies gained unprecedented access to capital. For the first time in the history of federal securities regulation in the United States, businesses may raise capital from the general public without registering a securities offering with the Securities and Exchange Commission and state securities regulators. This expansion of the funding universe is due to the Jumpstart Our Business Startups (JOBS) Act of 2012,1 designed to spur job creation by easing regulations governing “private” securities offerings to help early-stage companies grow. The JOBS Act removed previous restrictions on advertising securities offerings. Under the new law it is significantly easier for entrepreneurial clients to fund their ventures using other people’s money (OPM). However, lawyers must remain vigilant as regulators view lawyers as the gatekeepers who will fill in the regulatory void."

Update: Part 2 has been published and can be found here.