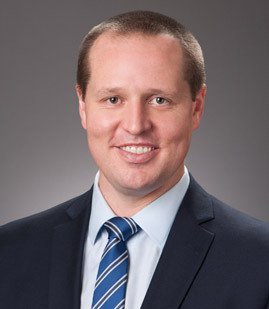 Skating cautiously on the ice, hidden behind 15 pounds of gear, six-year-old Grant Goeckner-Zoeller was introduced to ice hockey for the first time. His passion for the game grew and was an integral part of his childhood, teaching him courage, strategy and strength. Playing ice hockey also gave Grant the ability to experience living in different locales. The Los Angeles native has lived in seven different states and one year abroad in France during his amateur and professional hockey career.

Grant learned about collective bargaining from a fan’s perspective while waiting through  NHL work stoppages in 1992, 1995, and 2004.  But in 2008, Grant witnessed firsthand the organization of players and the bargaining for a new collective bargaining agreement in the Central Hockey League, the AA-level profession league Grant was playing in at the time.  Grant was fascinated by the process and began to think of labor and employment law as a future profession.  Fast-forward to 2012, when the most recent NHL lockout occurred, Grant now saw his childhood passion from the business and legal perspective, publishing two articles on the NHL lockout during his third year of law school.  Grant continues to exhibit the same traits he learned on the ice:  discipline, preparation, and competitiveness, while pursuing his new passion as an attorney.