It is with great sadness that we announce the passing of our friend, colleague, and partner, Jay Rosenthal.

Jay was a member of our Washington, D.C. family and a partner in our Motion Picture, Television, and Music Transactions Department, as well as our Intellectual Property Department. He primarily focused on providing services for clients throughout the entertainment industry, including representation of talent, production companies, and trade associations, on all public policy, transactional, and litigation matters, with special emphasis on the movie and music industries.

A self-proclaimed music junky, Jay lived and breathed the industry he served. Jay’s mother was a singer during the 1940s and 1950s crooner era, so music was undoubtedly in his blood from the beginning. Driven by his roots and following in his mother’s footsteps, Jay decided to pursue a career in music -- jamming to blues and jazz piano. In his early days of concert promotion at American University, Jay realized the impact law had on performing, recording, and publishing music. Combining his passion for music and his desire to empower the authors that created it, Jay shifted gears and began his journey as a music lawyer. When he landed his first job out of law school as a copyright examiner at the United States Copyright Office (USCO), he came with a unique skill in being able to read sheet music -- the very items he had to examine.

Jay fought what he viewed as the “commodification of copyright” and empowered his author-clients (actors, musicians, labels, and movie companies). From his work at the National Music Publishers’ Association to his efforts at the Recording Artists’ Coalition, Jay leveraged his background as an artist to achieve milestones in the law. While Jay gave up professionally performing and song writing long ago, he could still be found sitting at the piano at the end of a long day. It not only soothed his soul but served as a constant reminder about the importance of his work in championing the freedom of creation and the professional class of artists behind it.

In reaction to his passing and in celebration of his life, several publications such as Variety, Billboard, and The Hollywood Reporter have published obituaries highlighting Jay's influence and impact in the industry.

Jay's funeral service was held on Tuesday, November 5th. Our prayers remain with Jay’s wife, Rea, and kids, Evan and Shira, who have graciously requested that any remembrance of Jay be done in the form of donations to either the American Cancer Society or Songwriters of North America. 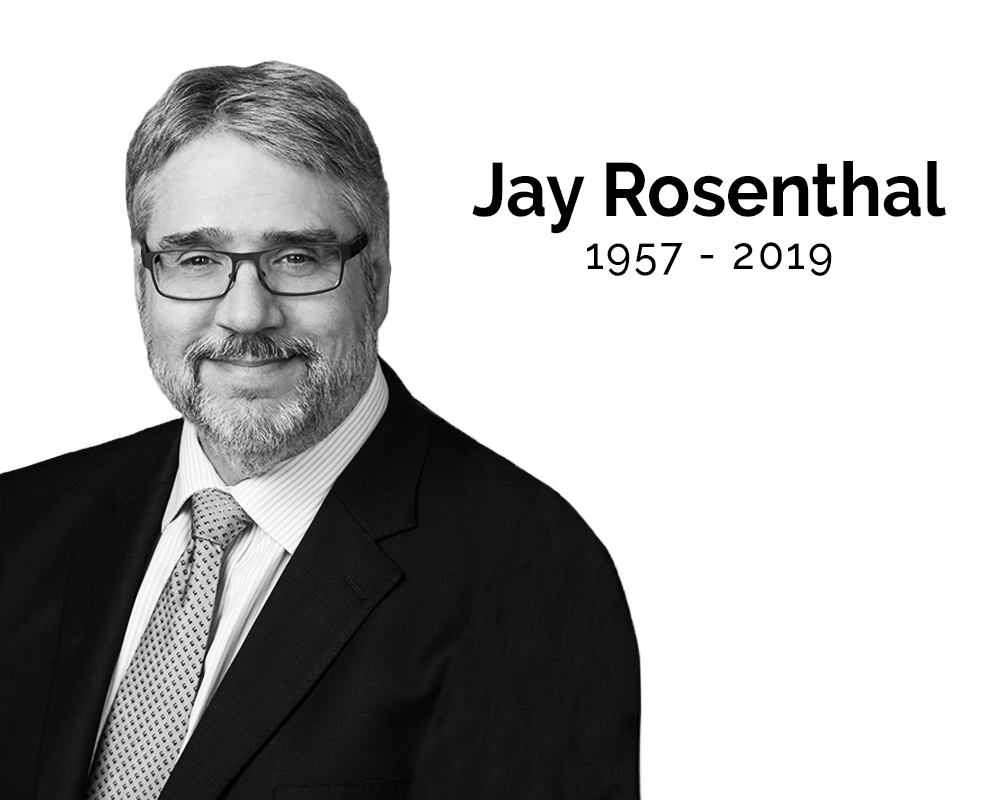