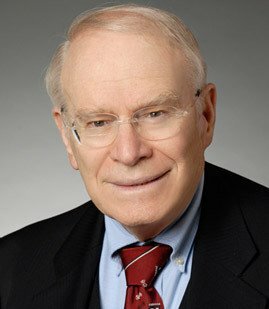 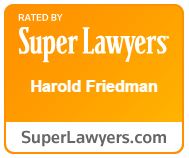 Harold Friedman is the last surviving partner at MSK who worked directly with and had a personal relationship with its founders, Messrs. Shepard Mitchell, Mendel Silberberg, and Guy Knupp. Hal, which is what he goes by, still comes to the office every day and brings a wealth of experience and perspective to the firm and its lawyers. As the firm’s defacto historian, you can find the original law books that were housed in the firm’s library in 1908 at its founding sitting on the shelves of Hal's office, which he proudly displays and discusses when you visit.

As a World War II veteran who fought and was wounded in the famous Battle of the Bulge, as well as one of the first American soldiers to enter the Mauthausen Concentration Camp in Austria, Hal has a rich catalog of stories to share and an uncanny ability to relate those stories to modern day legal issues.

Hal continues to nurture relationships all over the world and is considered a go-to resource on matters relating to talent representation and complex entertainment transactions. Outfitted in a 3-piece suit, complete with pocket watch, Hal strolls through the office every day with a smile and eagerness to pass along what he’s learned in over 60 years in practice.