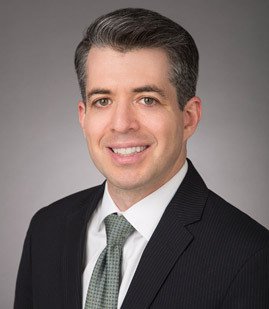 Growing up in suburban Chicago, Kevin dreamed of exploring new places and embarking on new adventures. While always mindful of his Chi-Town roots, Kevin has traveled 6 continents, landing him in a category of less than 5% of Americans. Coincidentally, Kevin’s passport resembles a colorfully exciting board game. Land on Lithuania, hop two spots to Kyrgyzstan. Roll again, five hops back to Russia. Feeling adventurous? Skip to Brazil and then on to Tanzania.

Kevin has loved the adventure of traveling and immersing himself in different cultures. Since the beginning of his career, Kevin has channeled that same enthusiasm into his work. When Kevin finds himself on a new work assignment or in unfamiliar territory he revels in the excitement of learning, adapting, and working to achieve his goal. His interests in public policy, law, and exciting new challenges fuel Kevin’s passion for opening markets for creative and innovative goods and services.

Kevin utilizes those same skills as he navigates perplexing matters for his clients. His innate curiosity and competitive spirit are critical factors in securing positive outcomes for his clients on a variety of international trade and intellectual property issues. It does not come as a surprise that Kevin was awarded the Bronze Medal for Superior Federal Service for his role serving as international trade counsel to Senate Finance Committee Chairman Orrin Hatch. Whether traveling abroad for leisure, strengthening intellectual property enforcement in foreign countries, or solving new challenges for his clients right here at home, Kevin gets the job done.