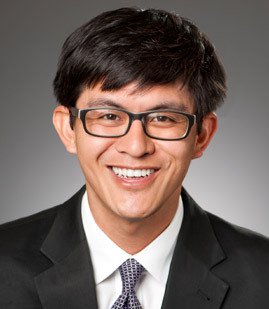 Gilbert Lee is a competitive cyclist when he’s not in the court room, clocking more than 5,000 miles per year. If you ask him what he thinks about while on the road the answer might surprise you. This innovative and self-deprecating lawyer dissects his cases as he feels the ground pass beneath him. What started as a way to get in shape has evolved to an incessant pursuit of how far he can push himself, on and off the bike. Analogies abound between cycling and law, Gilbert sees himself constantly working towards perfecting his hobby and his craft.

Gilbert didn’t realize when he started cycling that there was an element of teamwork involved. But he quickly learned that you can go faster and farther with a team than you can alone, not dissimilar to litigating. Gilbert tackles his client's cases with the same collaborative perspective. Over the years, he has worked with his colleagues on some of the highest profile trademark cases in the country, producing inventive results. Gilbert's unique skills of analytical, persuasive, and creative thinking traces back to high school when he found success in competitive speech and debate classes.

Gilbert combines his intellectual sensibilities with his competitive cycling persona every day. Don’t be surprised if you see Gilbert whistling through the streets of Los Angeles on his stealth black Wilier bicycle; he just might be contemplating your case.

General commercial litigation with additional expertise in intellectual property and class action matters. Background ranging from strategic consulting of businesses, to preparation of cases for trial, to extensive background in handling cases on appeal.